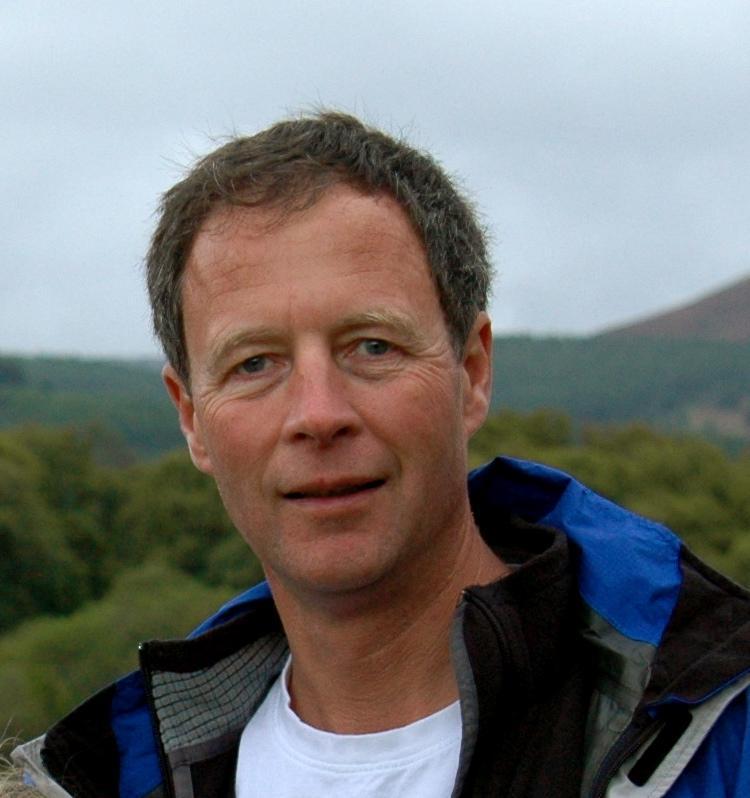 Andy Carr is the Nuffield Professor of Orthopaedic Surgery at the University of Oxford. He is an inter-disciplinary researcher distinguished for evaluating and developing surgical implants and technologies and for his leadership in surgical and musculoskeletal research.

He trained as a surgeon in Sheffield, Oxford, Seattle and Melbourne and undertook research fellowships at the Weatherall Institute of molecular medicine in Oxford and the Royal Children’s Hospital in Melbourne, Australia. While training with John Goodfellow in Oxford his research into surgical implants included defining the use of the Oxford Knee as a partial knee replacement. The Oxford Knee has been successfully implanted in over 1 million patients worldwide. He established the shoulder surgery unit in Oxford and is a past President of the British Shoulder and Elbow Society.

He has published over 400 peer reviewed articles in journals including the Lancet, Nature Biotechnology, Science Translational Medicine, Science Robotics, Cell Stem Cell and the BMJ. He is head of the Nuffield Department of Orthopaedics Rheumatology and Musculoskeletal Sciences (NDORMS) which has grown under his leadership from 20 staff in 2001 to over 400 staff and 120 postgraduate research students in 2017. He founded the Botnar Research Centre, Oxford University’s Institute of Musculoskeletal Sciences in 2002 and led the relocation of the Kennedy Institute for Rheumatology to Oxford and NDORMS in 2011 (a total investment of over £80M). From 2008 to 2017 he was director of the NIHR Oxford Musculoskeletal Biomedical Research Unit and co-founded the Royal College of Surgeons Trial Unit in Oxford, which has pioneered the use of large scale surgical randomised controlled trials. His research has included defining the indications for, and ethics of placebo, or sham surgery, controls in surgical trials. He has also led the involvement of patients in assessing the outcome of orthopaedic surgery with the development of the Oxford Scores. Used to predict and detect early failure of poorly performing surgical interventions they have been translated into 20 languages and adopted by health providers and regulators worldwide, leading to policy and treatment guideline changes and significant improvements in the quality of life of patients. Professor Carr’s research into mechanisms of soft tissue inflammation, repair and fibrosis has led to the invention of novel electrospun nanofibre tissue engineering implants which aim to enhance endogenous tissue repair using biophysical cues. These implants are now entering first in man clinical trials funded by the Wellcome Trust and the National Institute for Health Research.

His awards include the Robert Jones Gold Medal of the British Orthopaedic Association, a Hunterian Professorship of the Royal College of Surgeons of England and the 2016 Steindler Award from the Orthopaedic Research Society in the USA in recognition of outstanding global contribution to musculoskeletal research. He has served as a visiting professor in over 30 institutions and delivered more than 50 eponymous lectures worldwide.  He was a trustee and deputy chairman of trustees of the charity Arthritis Research UK from 2003-2012. In 2017 he was recognised as a surgical role model by the BMJ.  He is an NIHR Senior Investigator and was elected a fellow of the Academy of Medical Sciences in 2009.

Q: What did you want to be when you grew up?
A: A scientist or a doctor

Q: Who is/was your role model?
A: David Attenborough

Q: Tell us about a meaningful moment in your career
A: Nothing beats the first day working as a qualified doctor, exciting and scary

Q: If someone asked you to suggest a book to read, what would you recommend?
A: The complete works of Charles Dickens

Q: What do you like to do in your down time?
A: Be with my family

Q: What is your favourite cuisine?
A: I like Italian food and Indian curry’s; but not at the same time

Q: What is your favourite place in the world?
A: Oxford

Q: Who would you most like to thank, and why?
A: My wife, for love and the huge fun of raising four children

Q: What are three things you would change in medicine?
A: Access to 1 effective  2 affordable and 3 quality care for all

Q: How do you want people to remember you?
A: Caring Inquisitive Fair

The effect of patient age at intervention on risk of implant revision after total replacement of the hip or knee: a population-based cohort study
LE Bayliss, D Culliford, AP Monk, S Glyn-Jones, D Prieto-Alhambra, …
The Lancet 2017 389 (10077), 1424-1430

The risks and benefits of glucocorticoid treatment for tendinopathy: a systematic review of the effects of local glucocorticoid on tendon
BJF Dean, E Lostis, T Oakley, I Rombach, ME Morrey, AJ Carr
Seminars in arthritis and rheumatism 2014 43 (4), 570-576

Temporal trends and geographical variation in the use of subacromial decompression and rotator cuff repair of the shoulder in England
A Judge, RJ Murphy, R Maxwell, NK Arden, AJ Carr
Bone Joint J 2014 96 (1), 70-74