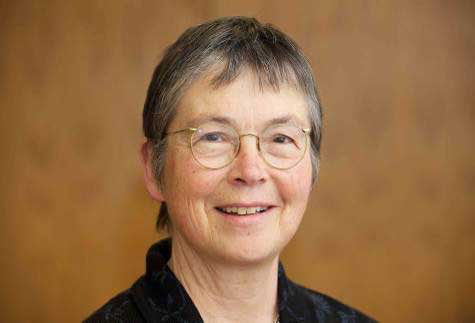 Iona Heath was a general practitioner in inner-city London for 35 years and is a Past President of the UK Royal College of General Practitioners (RCGP). She has held several roles in the RCGP including chair of the Ethics Committee, the International Committee, and the Health Inequalities Standing Group. She chaired the BMJ Ethics Committee 2004 to 2009 and writes wrote a regular column for the BMJ from 2005 to 2013. She is a co-chairmember of the Scientific Committee for the 2017 2018 Preventing Overdiagnosis conference.

Q: What did you want to be when you grew up?
A: I wanted to be a family doctor.

Q: Who is/was your role model?
A: Too numerous to list.

Q: Tell us about a meaningful moment in your career.
A: The gradual (meaningful decades rather than moments) realisation of the power of structural violence to undermine health and cause disease.

Q: If someone asked you to suggest a book to read, what would you recommend?
A: John Berger’s ‘A Fortunate Man’

Q: What do you like to do in your down time?
A: Reading novels, and poetry, going to the theatre, art galleries and concerts, walking in the countryside. Family doctors living in deprived areas see some of the worst of human experience and especially the effects of violence, abuse and poverty. It is important to seek out the best of human achievement and sensibility in order to retain one’s faith in humanity.

Q: What is your favourite cuisine?
A: It changes – at the moment Spanish and Scandinavian

Q: What is your favourite place in the world?
A: Too numerous to mention but an important one is Finnskogen in Sweden.

Q: Who would you most like to thank, and why?
A: My patients for teaching me almost everything I know.

Q: What are three things you would change in medicine?
A: Acknowledge the limits of medicine.
Stop pretending that we can solve existential problems with medical technologies.
Reverse the commodification of healthcare and the ruthless and corrupting pursuit of profit.

Q: How do you want people to remember you?
A: That’s not for me to say.