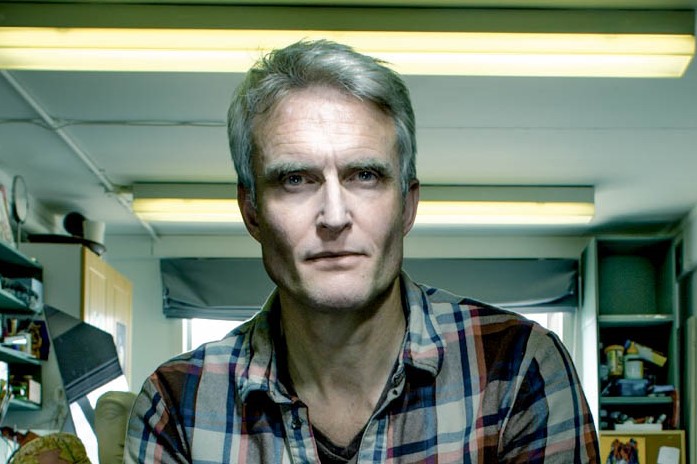 Malcolm Willett is an experienced artist, illustrator, and designer. His early work caught the attention of the editor of the Student-BMJ, and his medical cartoons have been showcased in  the BMJ for over 20 years. His cartoons have also appeared in many newspapers in Britain and worldwide.

Q: What did you want to be when you grew up?
A: I wanted to be an artist funnily enough when I was very young, until I was persuaded I couldn’t make a living from it. Then I really got into biology and wanted to be a vet. When I was 16 I spent a week shadowing a rural vet, who seemed to spend most of his time either castrating animals or killing them. The worst moment was when he had to shoot a race horse that broke a leg. I went off the idea of becoming a vet after that! I needed to make a career decision so decided I wanted to be a doctor, that didn’t work out either. Anyway, long story short I’m doing what I wanted to do when I was little

Q: Who is/was your role model?
A: When I was younger it would have been David Attenborough. Now I’ve become very cynical I don’t have one, just in case it turns out they’ve done something horrible in the past ( I might have said Rolf Harris, if I’d been asked this question a decade ago! )

Q: Tell us about a meaningful moment in your career
A: When I realised I could make a living from drawing funny pictures, sometime in my twenties.

Q: If someone asked you to suggest a book to read, what would you recommend?
A: I’m reading Sapiens (A Brief History of Humankind) by Yuval Noah Harari at the moment, though it’s been out for a few years. I’m sure some of the conclusions are arguable, but it gives a fascinating glimpse into the forces that moulded the way we humans behave, and how society developed.

Q: What do you like to do in your down time?
A: What down time?! Exercise (any).

Q: What is your favourite cuisine?
A: Can I say Asian? Meaning anything from India/China/Japan/Thailand/Vietnam etc.

Q: What is your favourite place in the world?
A: My studio in Waterloo, London.

Q: Who would you most like to thank, and why?
A: This is going to sound corny….. my wife, for believing in me and giving me confidence.

Q: What are three things you would change in medicine?
A: A reduction in unnecessary treatments (who’d have thought?!).A more pragmatic approach to the end of life, too many elderly people in very poor health seem to have their lives unnaturally extended, just because modern medicine can keep their bodies going ad infinitum. More health education. So much of the the ailments people suffer from are self-inflicted, due to poor diet, lack of movement etc. and many people seem to have lost the ability to treat minor ailments at home. Also patients need educating that there isn’t a pill for everything, which has been playing into the hands of the Pharmaceutical companies.

Q: How do you want people to remember you?
A: I’m not a doctor so I haven’t helped patients directly, but maybe I’ve helped some doctors get their message across.