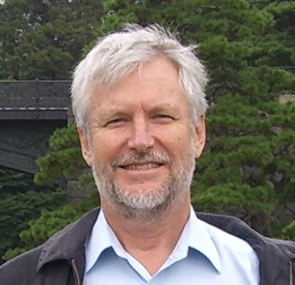 His key interests include identifying and removing the barriers to using high quality research in everyday clinical practice and more specifically on improving the clinical impact of publications by reducing the more than $85 Billion annual loss from unpublished and unusable research (Chalmers, Glasziou, Lancet 2009).

Q: What did you want to be when you grew up?
A: A doctor or a mathematician, so I suppose by becoming a GP and clinical epidemiologist I did both.

Q: Who is/was your role model?
A: Many folk, so I am an amalgamation (or mongrel) of my mentors and role models, such as Sackett, Irwig, Chalmers, and Joko Beck.

Q: Tell us about a meaningful moment in your career
A: Dave Sackett took me on a medical student ward round with Deborah Cook in 1991 (at St Joseph’s in Hamilton, Ontario), and they had systematic reviews attached to the charts, used a Bayes nomogram to interpret a (ferritin) test, examined the students inter-rater reliability for liver enlargement, … it was EBM at the bedside before the term was introduced. It changed my career.

Q: If someone asked you to suggest a book to read, what would you recommend?
A: Again, too many options. But the most recent to really change my thinking was Overdiagnosed (Welch, Schwartz, and Woloshin) which convinced me how important overdiagnosis was as a problem in health care.

Q: What do you like to do in your down time (hobbies, etc)?
A: Surfing (most mornings), cycling (to work), playing guitar badly.

Q: What is your favourite cuisine?
A: Thai

Q: What is your favourite place in the world?
A: Currumbin Alley where I surf most days. Beautiful spot and good waves.

Q: Who would you most like to thank, and why?
A: Too many to list, so I will just say my wife, Nancy, for being so tolerant.

Q: What are three things you would change in medicine?
A: That’s a good question – it’s hard to limit to three! But some are:

Q: How do you want people to remember you?
A: With a smile.